Goldwings Supply Service, Inc. is a Native Hawaiian 8a, SB, EDWOSB, WOSB, DBE and HUBZone certified technical solutions provider with over 30 years industry experience. Started in 1987, our clients include private, commercial, military and government agencies spanning the US & Abroad. 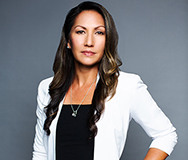 Lia has a lifetime experience in the aviation industry. From an early age, the airfield was her backyard while father Frank started an aircraft parts business called Goldwings Supply Service, Inc. She is a Baccalaureate graduate of Mid Pacific Institute and went on to Santa Clara University where she was a stand-out athlete leading the Broncos toward back to back championships in the West Coast Conference, earning honors all four years. Shortly after, she received her Aviation Maintenance Technician certificate and Private Pilot’s license; then spent several years competing professionally on the AVP Beach Volleyball Tour. She returned to Goldwings and in 2007 served as Director of Operations and Strategic Development. In 2015, she was named President and Goldwings received our 8(a), SB, WOSB, EDWOSB, HUBZone and DBE certifications. This same year, Goldwings was recognized as a finalist for Pacific Business News “Innovative Company of the Year”. In 2019 Goldwings was among 3 other Oahu businesses selected to meet with SBA Administrator Linda McMahon on her “Inspire Tour” and was also selected to be the featured business on Office of Hawaiian Affairs’ “Financial Loans Campaign”. Lia’s title of Chief Educational Officer reinforces our corporate culture, emphasizing education as a core asset.

Lia with her husband Ian, daughter Gisele and son Sage reside in Honolulu, Hawaii and spend nearly every weekend in the ocean. She continues to serve the community by training junior beach volleyball players where she travels her girls youth team to compete on the national stage, earning college scholarships. She is on the Advisory Board of the Honolulu Community College Department of Aeronautics and University of Hawaii Shidler Family Business Center, where she also serves as Membership Chair. In 2017 she was a recipient of Pacific Business News “Women Who Mean Business” award. Most recently, Lia was selected as a member of the prestigious Omidyar Fellows Cohort VII! Our organization is honored to have one of Hawaii’s transformative leaders as part of this societal change program.

We provide immediate and effective solutions with minimal impact on operations so you can achieve your objectives. We are a trusted source by our first line of defense, meaning integrity and reliability.
We modernize safety — air, land, sea.

Goldwings Supply Service, Inc. began when Frank Young returned to Hawaii from his job at United Airlines as an Aircraft Mechanic in San Francisco, CA. Prior to this, he served in the US Air Force, competing on the USAF volleyball team and received a degree at Golden Gate University. He started Goldwings as an aircraft parts supply house in 1987. As visionaries do, Frank formed the company as Women-Owned, before “WOSB” was a certification. His wife and daughters were original shareholders, making up 51% of the majority stake.

In the early 90s the business retained clients such as Aloha Airlines, Hawaiian Airlines and local startups Mahalo, HATS, Genavco servicing every commercial and general aviation aircraft in the Pacific. It was a great time for aviation and the business expanded into airfield lighting. Customers included State airports, which added military airfields and mid-pacific port authorities throughout the Republic of Marshall Islands, Federated States of Micronesia, Guam and the Commonwealth of the Northern Marianas Islands. During this period his daughter Lia assumed a secondary role having graduated with a business degree, aircraft mechanic’s license, and pilot’s license.  She would balance her role as Office Manager with her pro beach volleyball career.

The new millennium brought diversity with the addition of Aviation renewables, which would expand to Traffic, Obstruction and Outdoor Lighting. The company also added Pavement Preservation, specifically targeted at Airfield pavement maintenance and scripted the first pavement preservation program at Kaneohe MCAS in 2007. This same year Lia formally assumed the responsibility of Strategic Development Officer, taking the company through one of the worse economic periods in our nation’s history. Under Lia’s leadership and Frank’s guidance,  the company remained intact and in 2015 Lia became the majority shareholder and President.

To this day, a sense of place and community is one of the most vital components to our organization. Each employee is considered ʻohana, or family, and cultural traditions passed on by our kupuna (elders) have become unspoken bylaws. This commitment to a sense of place transcends each opportunity to serve a customer and elevate a community. Goldwings Supply Service, Inc., utilizes a social value investment blueprint: process, people, place, portfolio, and performance. With each decision and interaction, we are mindful to share aloha and to be pono. Pono is the personal and organizational value of rightness and balance. It is with Hawaiian values that we conduct the art of business, delivering the art of the possible. 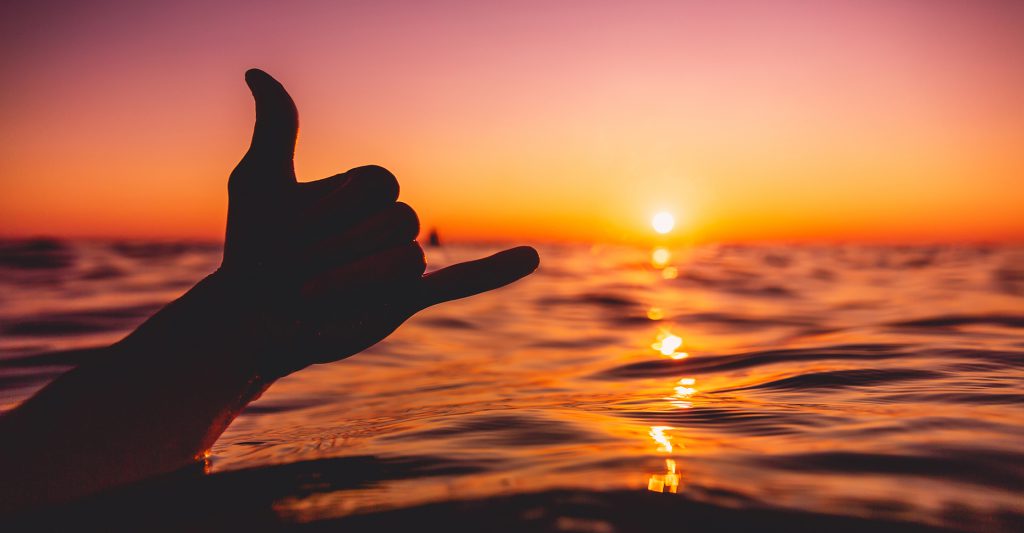